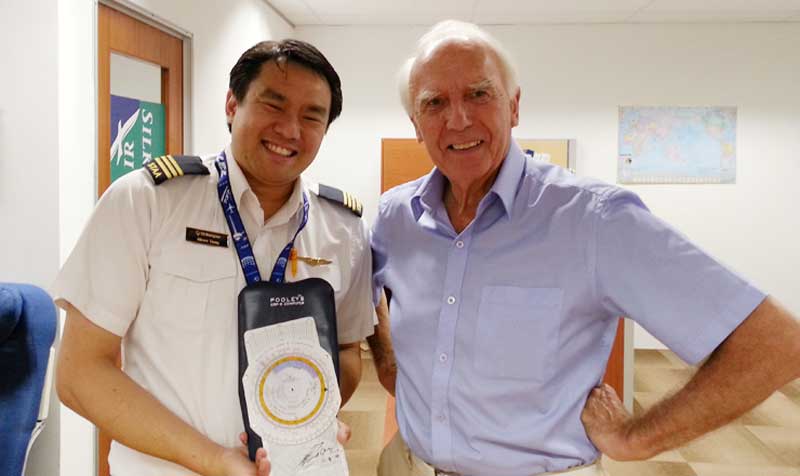 Pooleys is 60 years old this year. The pilot supplies business was set up by Robert Pooley, right in the pic above, when he left the Royal Air Force in 1957, and has become a household name among aviators producing pilot training and flight equipment.

The first Pooleys shop was opened at Elstree Aerodrome in 1961 and a year later, the first Pooleys Flight Guide was published. A factory was set up at Cranfield in 1964 and it was here that the famous CRP-1 ‘whizz-wheel’ flight computer was produced.

“For 60 years we have expanded our product range and our geographical reach,” said Sebastian Pooley, Robert’s son, who took over running the business in 2007.

“We now produce the world’s largest range of pilots kneeboards, flightboards and flight computers. We sell to over 100 countries worldwide and supply companies and individuals on every continent including Antarctica.

“We now have five bases across the UK at Elstree, Cranfield, Shoreham, Bournemouth and Earls Colne. In 2002, we opened our first overseas base at Grand Central in Johannesburg, South Africa.” 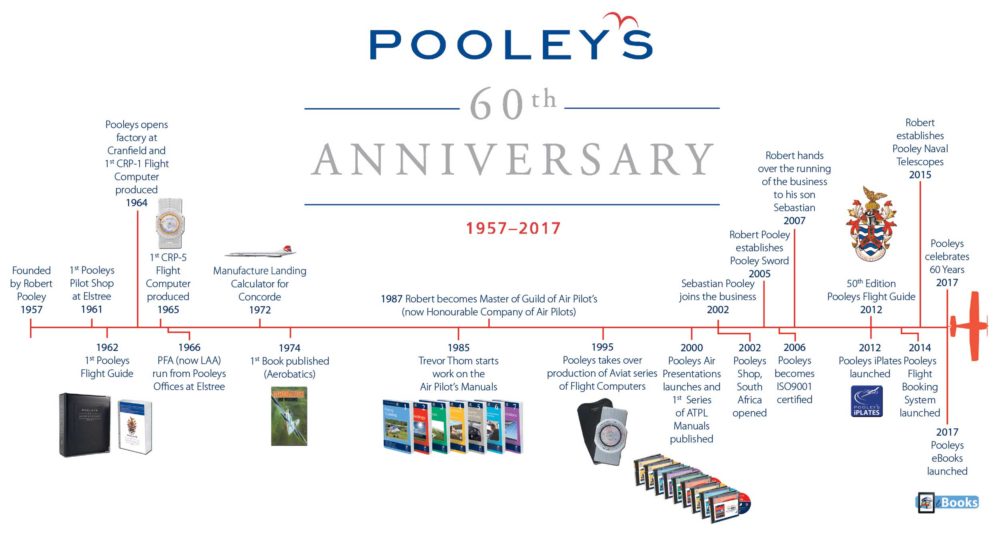 In recent years, Pooleys has embraced the online world with its Pooleys Flight Booking system, an online platform for flying schools to manage their aircraft, instructors and students, being launched in 2014. In 2017, Pooleys launched an eBooks app putting its books into the digital sphere.

“Pooleys would like to thank those who for six decades have supported us – pilots, schools and enthusiasts,” said Sebastian. “Much of what you see in Pooleys today is due to the passion and commitment of many people from around the world within our aviation community.”