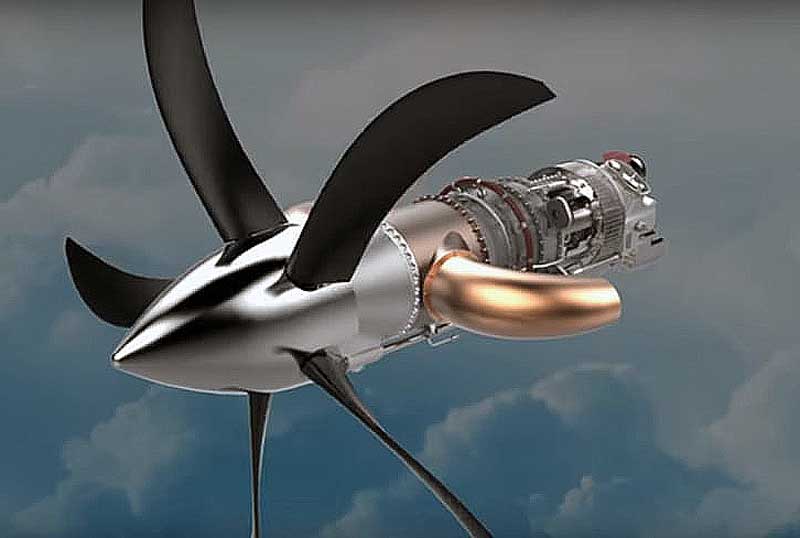 +VIDEO More than one-third of the new GE engine being designed for Cessna’s upcoming Denali single-engine turboprop aircraft will be made by 3D printing.

The new engine is a clean-sheet design. However, GE built a special version of its existing CT7-2E1 turboprop engine to prove the idea of 3D printing of parts.

The ATP will have more additive parts than any production engine in aviation, continued GE: 855 manufactured parts will be reduced to 12 additive parts. They include sumps, bearing housings, frames, exhaust case, combustor liner, heat exchangers and stationary flowpath components.

“With subtractive manufactured parts and assemblies, you traditionally use bolts, welds or other interfaces to attach the parts together, which adds weight to the engine,” said Gordon Follin, ATP Engineering GM at GE Aviation. “On the ATP, additive reduces weight by eliminating those attaching features while also optimising design of the parts.”

An additional benefit is a faster engine certification schedule.

“A huge benefit of additive is expedited test schedules,” said Follin. “By putting real hardware on test as quickly as we can, we can use the resultant data to help us design the next iteration for a better product, and we get that product much faster than if we were to use conventional manufacturing methods.”

The new 1240shp-rated ATP is the first in GE’s new family of turboprop engines aimed at Business and General Aviation aircraft, with the Cessna Denali likely to be the first to enter into service.