Blackpool Council has today completed the purchase of the Blackpool Airport site, bringing the company back into full public ownership for the first time in 13 years.

The council, which was previously a 5% shareholder in the airport, has this morning (Wednesday, 13 September) signed a £4.25m deal with previous owners Balfour Beatty to fully take over the operating company Regional and City Airports (Blackpool) Holdings Ltd.

The Council has acquired all shares in Regional and City Airports (Blackpool) Holdings Ltd and from today will take over 100% ownership of the airport site.

Cllr Simon Blackburn, Leader of Blackpool Council, said, “Today is a really important day for aviation on the Fylde coast and this sale heralds a positive new dawn for Blackpool Airport. 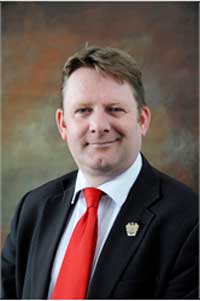 “This move will protect the airport as a company, including the 30 jobs that are currently employed there. It will also allow us to ensure that the airport itself can continue to operate as an important hub that can benefit the whole region.

Читайте также:  Dale Klapmeier to step down as Cirrus boss

“Blackpool Airport is such a key part of having a strong local economy and it is absolutely vital that we safeguard its future and ensure that it can continue to be used as an aviation and employment hub for the Fylde coast for the long term.

“We do not envisage the return of large scale passenger planes to the airport. The purpose of this acquisition is to safeguard the helicopter and other commercial airside activities that take place, build upon them and deliver our overall objective of creating up to 5,000 jobs on the Enterprise Zone site.

“Blackpool Airport is the largest area of land in our thriving Enterprise Zone and this purchase will help us ensure that the airport continues to play a big part in making our Enterprise Zone one of the most successful in the country.

“As the current company stands, Blackpool Airport is profitable and as such we can be confident that the money for the purchase can be repaid.

“As a minority stakeholder, we have always retained an interest in the company continuing as an airport and serving the whole of the Fylde coast. Now as the sole owner, Blackpool residents can feel confident that we have the airport’s best interest at heart and will aim to support and grow the airport where possible.

“We will retain the current operating staff as well as exploring any potential opportunities for private companies with aviation interests to invest in the company so that it can grow in the future but this is not about trying to bring jumbo jets back to the airport anytime soon.”

Blackpool Council last owned the airport in 2004, when it was sold to City Hopper Airports for a total of £13m, before being sold on to Balfour Beatty in 2008.

The airport was placed into administration in 2014, closing temporarily before reopening with reduced capacity.

Today’s purchase will be funded through a mixture of prudential borrowing and future sales of identified land within the enterprise zone to new businesses.

A full business case exploring the potential future for the airport is being developed in accordance with a strategic masterplan for the Enterprise Zone and airport.