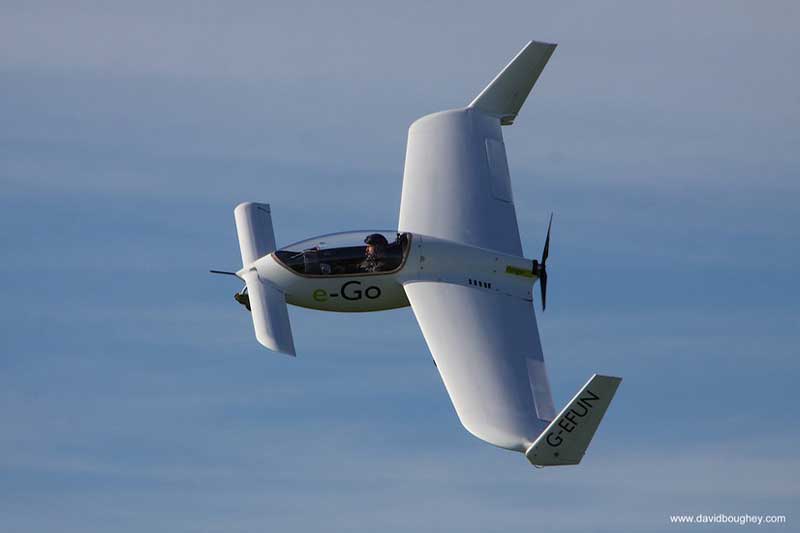 British aircraft maker e-Go aeroplanes has gone into administration. Business adviser FRP Advisory has been appointed as the administrator and is seeking a buyer. However, it has set a deadline of 14 April to complete the transaction.

Two of e-Go’s aircraft, which fits into the single-seat deregulated (SSDR) category, have been made, the original prototype and one production aircraft.

The Cambridge-based firm was established in 2011 and the aircraft designers raised capital to create a prototype. Following the successful maiden flight of the prototype, e-Go succeeded in raising further funding in 2014. The company says the design and technology is capable of adaption to multiple-seat aircraft.

The reason for e-Go’s financial problems is given as, “Rapid expansion of the business coupled with and the relatively high production costs of a single seater model placed unsustainable pressure on the company’s cash-flow under its current financial structure.

“After attempts at the end of last year to restructure the business in order to branch into the multiple-seat market did not materialise into further capital investment, management this year had no viable alternative other than to enter administration while seeking a more long-term solution for the business and assets in the interest of all creditors.”

Alastair Massey, joint administrator and partner at FRP Advisory, said, “e-Go aeroplanes is a leading British engineering innovator with proven technology and manufacturing that meets the highest standards of the global aviation industry.

“All of e-Go aeroplanes’ technology, moulds and avionics allow for aircraft to be built to the standards acceptable to the American Society for Testing Materials (ASTM). We are marketing the business and assets for sale and encourage any interested parties to make early contact.”

The first production model aircraft is available to demonstrate the design capabilities.

Expressions of interest should be sent directly to FRP by 12noon on 5 April 2017. Best and final offers deadline will be COB 7 April 2017, with a view to completing a transaction before 14 April 2017.