Hangar Homes to press on with Solent Daedalus plan 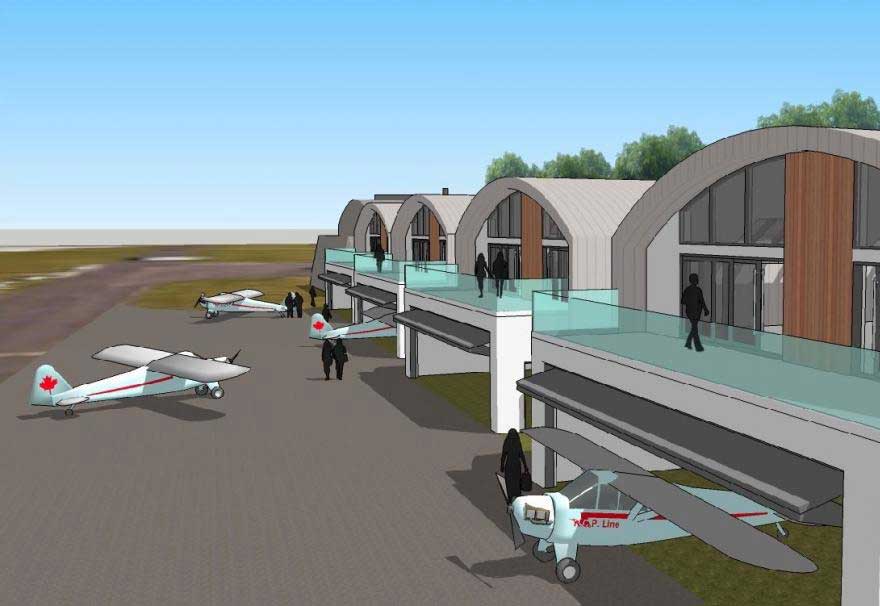 Businessman Peter Day has refuted safety and security claims made by Fareham Borough Council in its refusal of his plan to build five ‘live/work’ hangar homes on Solent Daedalus Airport.

Planning permission for the units was granted in late February by Gosport Borough Council. However, despite the land being into Gosport’s area, the airport landlord is the adjacent Fareham Borough Council who said the development would “prejudice the council’s vision for Daedalus” and as a result would not allow the project to go ahead.

Council leader Sean Woodward, said:  “The council has set out a vision for Solent Airport, investing heavily in airport infrastructure and encouraging aviation growth in general aviation traffic as well as business and corporate travel and some scheduled services.

“Consequently, we anticipate that the area in the vicinity of the control tower will be very active as the vision is delivered.

“Allowing residential development in that location would not only present real safety concerns but would also restrict the Council’s ability to grow the airport operations further and could undermine the overall vision for the airfield.”

Day has had his plan for the hangar homes assessed by an airport expert and believes there are no safety and security issues.

“I’m going to look into all the reasons put forward [by Fareham Borough Council],” said Peter Day. “I’ve not given up on this.

“CEMAST [Fareham collage] wants to build the Velocity kit aircraft [a separate business Peter Day is establishing], 90% of local residents want it, 100% of the general aviation community and local businesses want it. It’s only Fareham Borough Council that doesn’t. They should listen to the will of the people.”

Day makes the point that all five of the live/work hangar homes would be filled by people running bona fide businesses employing staff, thus meeting the key criteria of the Enterprise Zone at the airfield. Hangar Homes

Daedalus Waterfront
In a separate development, 200 homes have been proposed for the Daedulas Waterfront area, outside the airfield limits but using land previously occupied by the Royal Naval Air Station. The project is a joint venture between Wates and Homes England with the design produced by architects JTP. More here 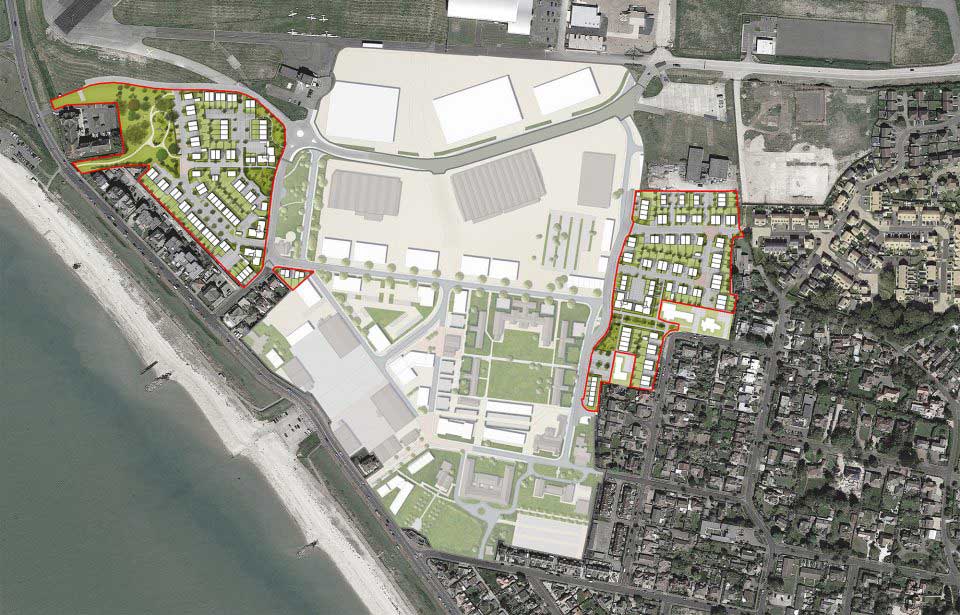 Two areas of housing are proposed for Daedalus Waterfront by Wates and Homes England, on former RNAS land but outside the current airfield. The area on which Peter Day wants to build his live/work Hangar Homes is the other side of the airfield perimeter, within the active area.