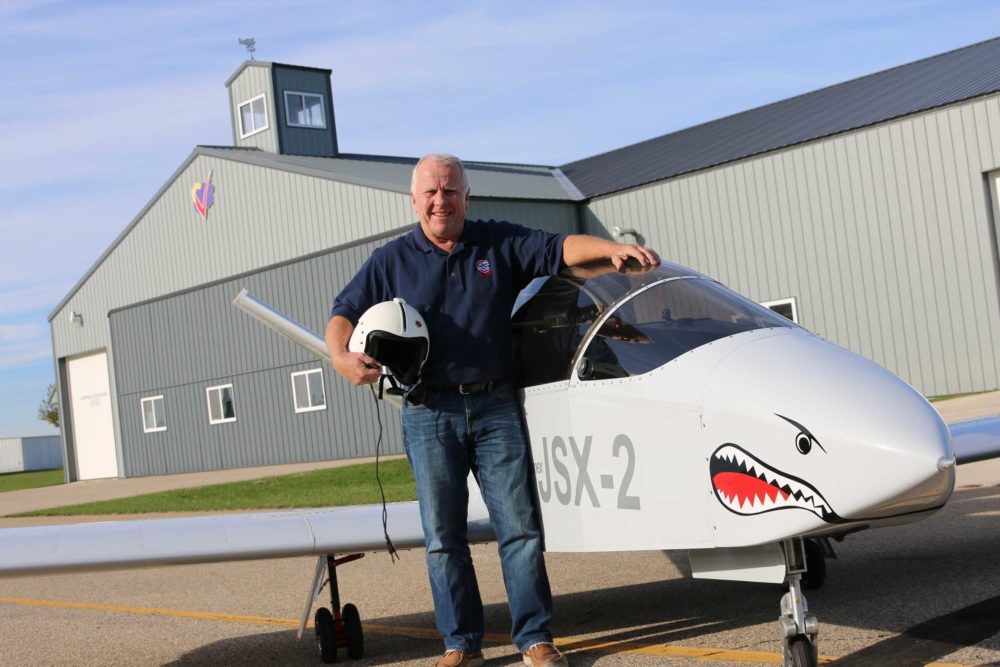 Psst! Like to buy a successful kitplane business located at an iconic airfield? Sonex Aircraft, makers of the SubSonex personal jet plus several  ‘normal’ piston-powered aircraft, has been put up for sale by its owner and founder, John Monnett.

“I am retiring from Sonex Aircraft but not forsaking my passion for aviation,” said Monnett. “I will continue to contribute where I can into the future but will be leaving day to day operations in the very capable hands of my staff.”

Monnett invites offers from qualified individuals and/or companies who are interested in continuing the successful heritage of Oshkosh-based Sonex Aircraft into the next generation, or in assisting Sonex Aircraft with transition to an employee-ownership succession plan.

John Monnett’s roots in experimental aircraft date back to 1968 when, as a young school teacher, John began building a highly-modified Midget Mustang project and was introduced to legendary aircraft designer and builder Steve Wittman.

The Formula Vee racer Sonerai I was John’s first design and launched John into business. Other designs include several iterations of the Sonerai design, the Monerai sailplane, Moni motorglider, the world-record-holding Monex racer and the complete line of Sonex Aircraft models.