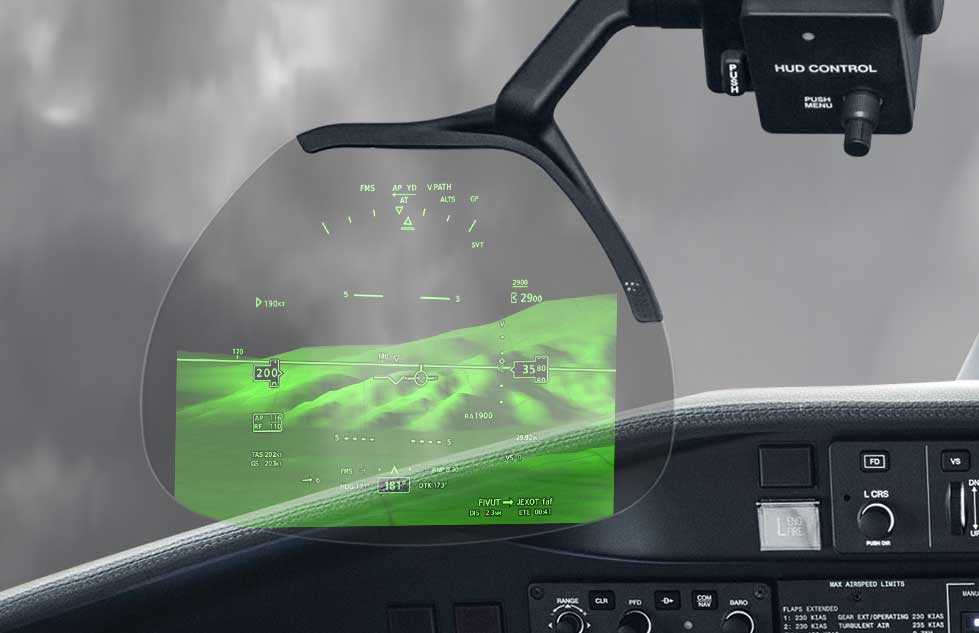 Does this company never stop? Garmin will be showing its first ever Head-Up Display (HUD) at the European Business Aviation Convention & Exhibition (EBACE) opening in Geneva on Monday 22 May.

The Garmin HUD is aimed at small and mid-size business jets and will launch on Cessna’s new Citation Longitude jet, which will also be making its first appearance at EBACE and is fitted with Garmin’s G5000 avionics suite.

The Garmin HUD projects flight critical info and a Synthetic Vision 3D display onto the screen. It integrates fully with the Garmin flight deck using similar symbols and displays. 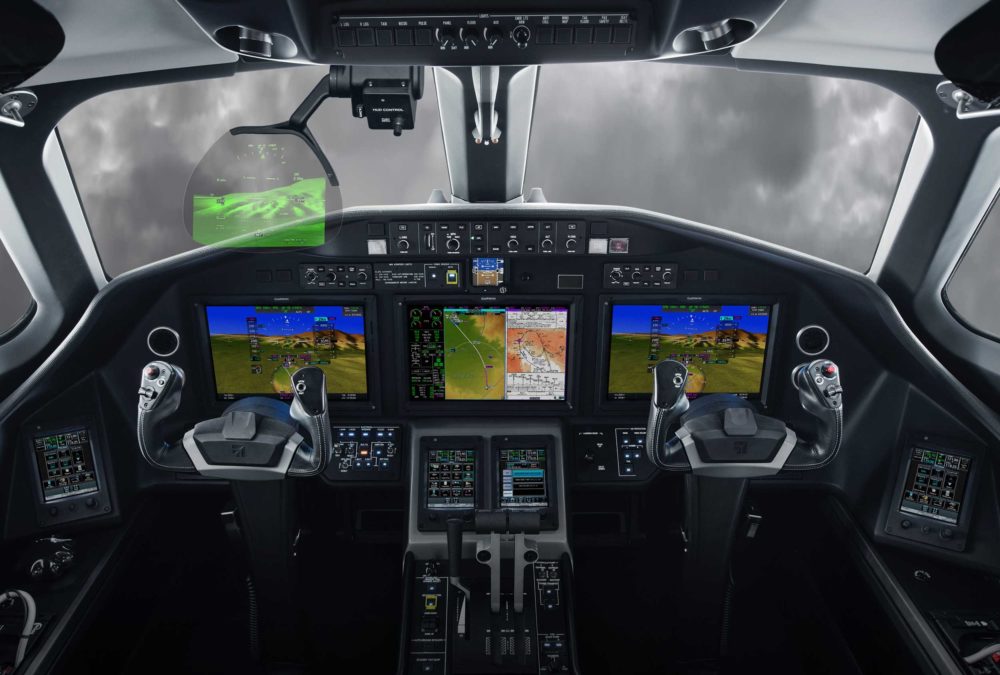 The Garmin HUD will make its debut in Cessna’s new Citation Longitude business jet at EBACE.

“We’ve worked hard to harmonise the GHD and Garmin’s Integrated Flight Decks so pilots are provided with a seamless in-flight experience throughout the cockpit.”

One very neat feature is the Flight Path Marker within the HUD which precisely displays where the aircraft is flying, taking into account crosswind, angle of attack and other factors.

Garmin says it has future-proofed the HUD (known as GHD) so that it can integrate with external cameras such as an infra-red cameras which can ‘see’ through fog and other low visibility situations. This has the potential to allow pilots to fly to a lower Minimum Decision Height in poor conditions.