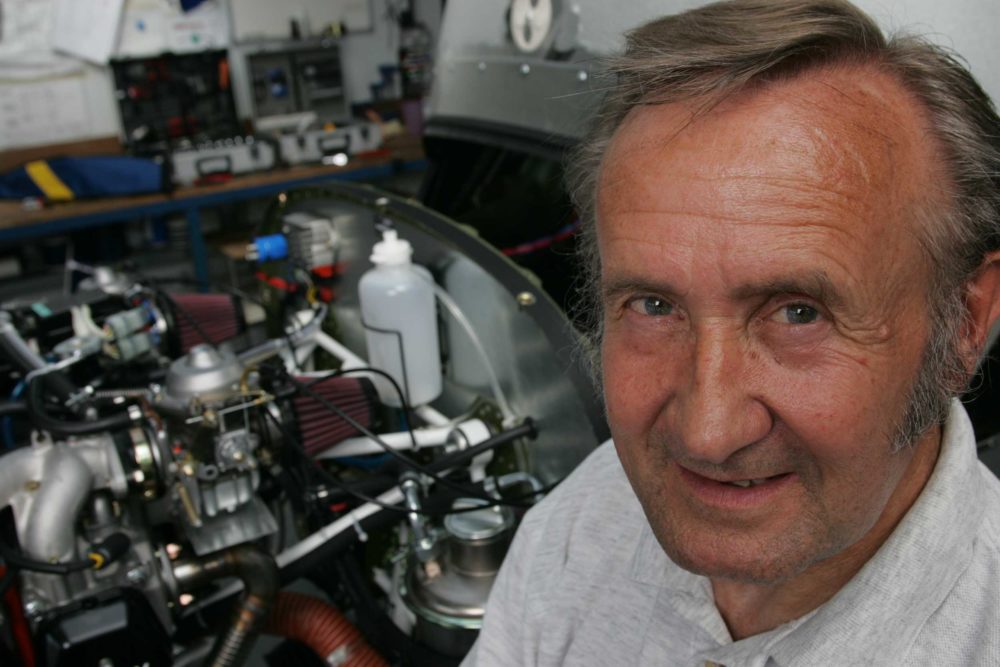 One of the leading entrepreneurs in light aviation, Nigel Beale, is retiring and closing Skydrive, the company he runs with his family, and selling much of the stock.

“It’s time!” explained Mikaela Hurtubise, Nigel’s daughter. “Nigel has given almost 40 years to this industry and we feel that it is time for him to retire and enjoy his own flying.

“The only way to achieve this is to close the business! We have tried for the last 5-10 years to get him to slow down and switch off, but he can’t.

“Even a battle with lymphoma, and more recently a heart attack, have not stopped him! He still likes to be involved in the technical side of the products and customer support, and he is always sat at his computer looking for new products (engines, aircraft and spare parts) that interest him and could be of benefit to our huge customer base of almost 5,000 customers.

“Obviously we want to thank each and every one of them for their support, especially after we lost the Rotax distributorship, and we hope to be able to direct them to new sources for future supplies of their parts.”

Skydrive was the UK distributor for Rotax for 34 years, until 2014. Nigel started the relationship with Rotax in 1981 with his original company, Cyclone Hovercraft, for the supply of hovercraft engines.

Flying microlights came along in 1984, just after Rotax started supplying engines for the aircraft. Nigel designed and built his own weightshift microlight, powered by a Rotax 227 engine, and flew it in the 1986 European Championships, winning a silver medal. The company changed its name in 1997 to Skydrive, reflecting the change in direction.

“Although we do not want to sell the company or name, we have a number of products that we would like to sell as going concerns, with all supplier information (part numbers, pricing etc), tooling, instructions and so on.

“We are also suppliers for Hirth, Cisco and Simonini and have engines, spares and manuals available to anyone interested in taking these on.

“We also have a large amount of old Rotax two-stroke parts, and some of the more unusual four-stroke parts. There are also Eurostar aircraft parts left over from our Cosmik days, and HKS and Corsair engine parts taken on from Conair Sports.

Читайте также:  Aircraft deliveries up so far in 2018

“All will be listed on our website at reduced prices starting in the New Year as we get them photographed and sorted!”

If anyone is interested in one, or all of Skydrive’s products, please email nigel@skydrive.co.uk and express an interest.