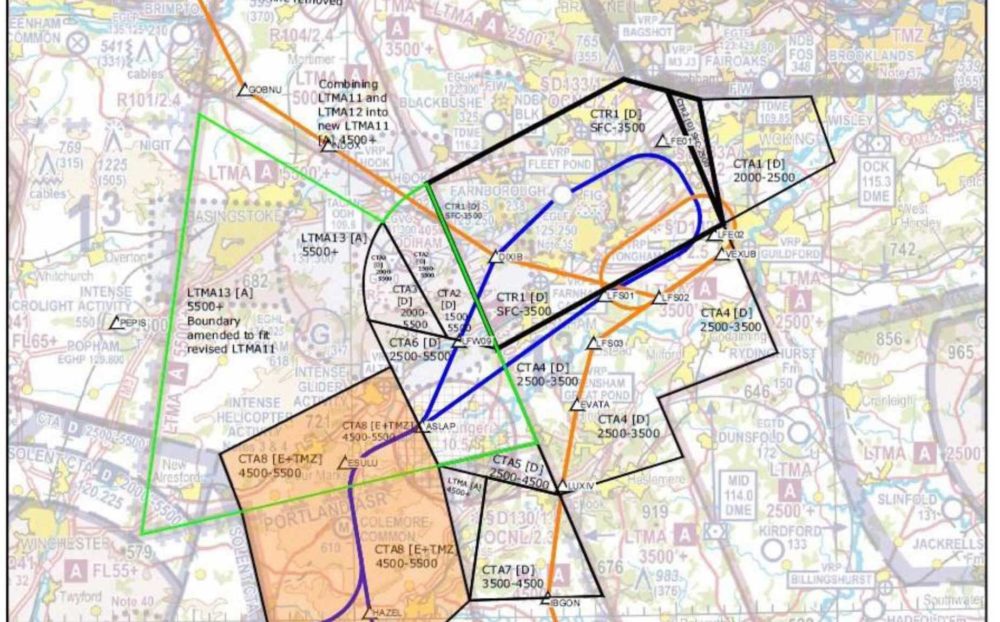 The already hugely complicated airspace in the south-east of England will become even more difficult from next summer when a new Class D airspace zone around TAG Farnborough Airport is introduced.

In addition, there will be two blocks of Class E airspace with mandatory ‘Transponder Mandatory Zones’ (TMZ) status.

This is the airspace change approved by the CAA after a protracted and hard-fought battle with GA groups, notably the British Gliding Association (BGA). The gliding centre at Lasham and gliding activities over the South Downs are affected.

The CAA acknowledges that some pilots will also need to obtain an RT licence to access new Class D airspace, and the Class E+TMZ airspace if not equipped with a serviceable transponder.

The BGA issued this statement: “The BGA, working with gliding clubs and other GA organisations, has provided clear, accurate and compelling feedback throughout the TAG Farnborough ACP consultation process. Our views remain essentially unchanged.

“The BGA will carefully analyse the CAA decision letter and its implications and in due course will make a detailed statement.” 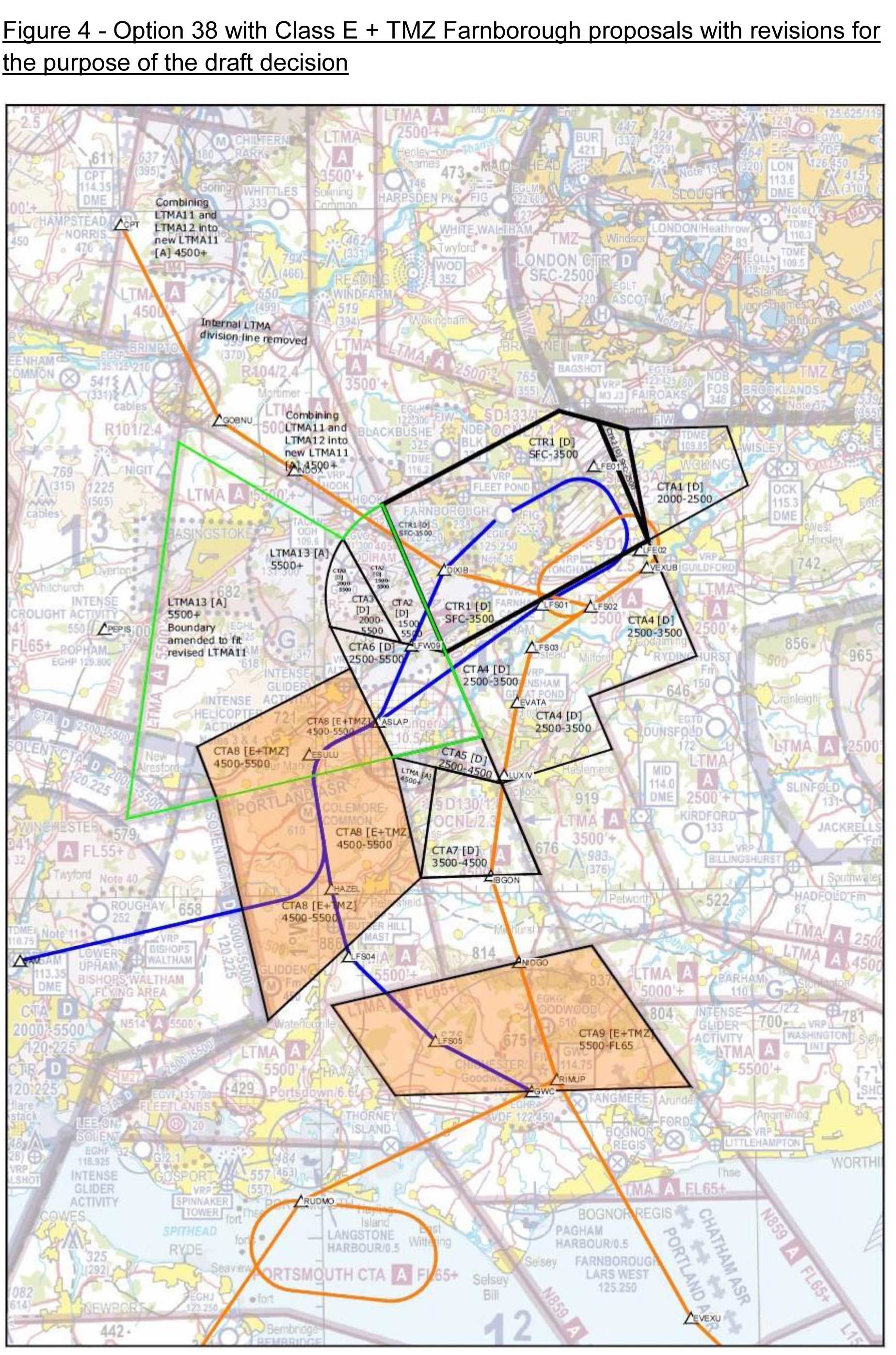 The CAA has approved a Class D airspace for TAG Farnborough Airport with two blocks of Class E+TMZ. Click image for a larger version.
The CAA statement

An airspace change proposal by TAG Farnborough Airport has been largely approved by the UK Civil Aviation Authority (CAA). The Airport’s request for the introduction of Class D airspace in its surrounding area will be met – subject to some significant concessions to the general aviation community.

The CAA said that given the increase in business aviation at Farnborough Airport, there was a material safety case for introducing controlled airspace around the airport, to create a known traffic environment.

However, to accommodate the needs of other airspace users, two airspace blocks to the southwest and south of the airport will be classified as Class E, not Class D.

These blocks will be notified as ‘Transponder Mandatory Zones’ (TMZ), allowing access for aircraft without the need for air traffic control clearance – providing they are equipped with a transponder.

Radio equipped aircraft that lack a serviceable transponder may still be able to access these blocks through local arrangement with Farnborough air traffic control. ADS-B devices will be accepted once considered fully interoperable with ground-based safety systems.

Farnborough will also be required to collaborate on reasonable access arrangements for gliders in three further Class D airspace blocks in the vicinity of RAF Odiham and Lasham Airfield.

Jon Round, Head of Airspace at the CAA, said, “This has been a long and complicated application and we respect the concerns of some sections of the GA community who have opposed it. However, we believe there is a very real safety case for creating a known traffic environment in the vicinity of Farnborough Airport to protect all airspace users.”

The CAA said that the new airspace, which will become operational in 2019, is the minimum necessary to contain the international requirements for new performance-based navigation flight procedures being introduced at Farnborough Airport.

Next step
TAG Farnborough has to advise the CAA by 18 July 2018 whether it accepts the revised proposal.

The CAA’s decision in full is here