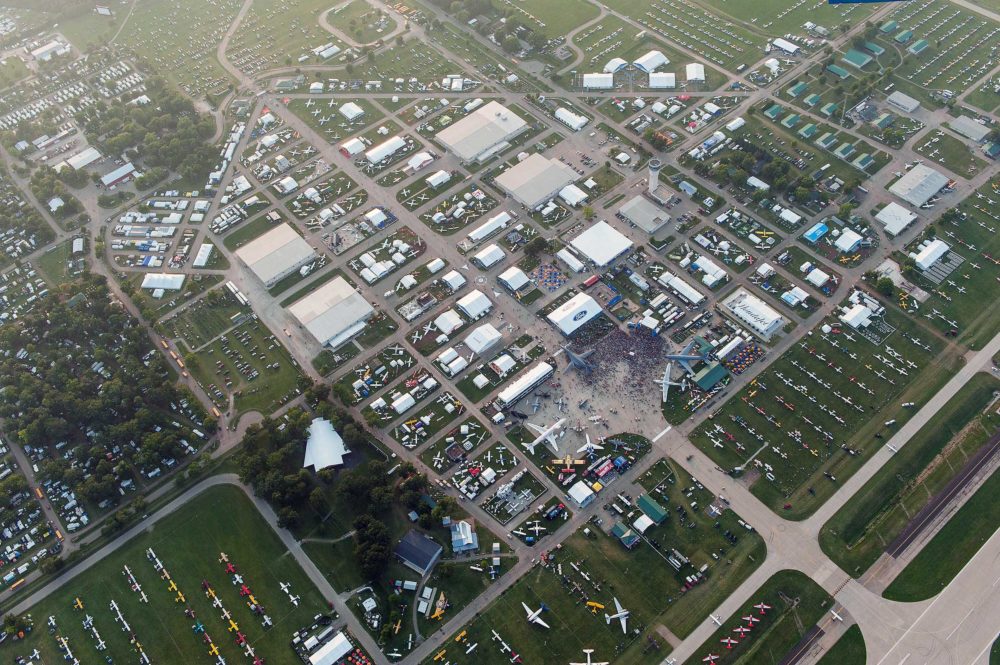 The final facts & figures are in for July’s EAA AirVenture Oshkosh airshow, trade show and fly-in, and they make fascinating reading of what’s now a huge event and big business.

Total aircraft: More than 10,000 aircraft arrived at Wittman Regional Airport in Oshkosh and other airports in east-central Wisconsin. At Wittman alone, there were 19,588 aircraft operations in the 11-day period from July 20-30, which is an average of approximately 134 takeoffs/landings per hour.

Camping: More than 12,300 sites in aircraft and drive-in camping accounted for an estimated 40,000 visitors.

Forums, Workshops, and Presentations: A total of 1,500 sessions attended by more than 75,000 people.

EAA Chairman Jack Pelton said, “A perfect event may be unattainable, but AirVenture 2018 came about as close as one could imagine.

“The combination of outstanding programs, aircraft variety, a robust economy, and good weather combined to complement the efforts of our staff and 5,000 volunteers throughout the grounds.

“The week was upbeat, exciting, and filled with many ‘Only at Oshkosh’ moments.

“EAA members and aviation enthusiasts attended in large numbers, even without the presence of a military jet team as we had in 2017.

“Our efforts to create unique attractions and aviation highlights across the grounds were incredibly successful. Attendance on opening day was the best in our history, as the vast majority of our guests came to Oshkosh early and stayed throughout the week.

“We are celebrating our 50th consecutive year in Oshkosh during 2019, so we’ll be looking back on a half-century of unforgettable highlights at Wittman Regional Airport, and planning activities that involve EAA’s hometown and its unique place in aviation history.

“While 2018 is barely in the record books, we’re talking to many groups and individuals with intriguing new ideas for aircraft, innovations, exhibits, and events.