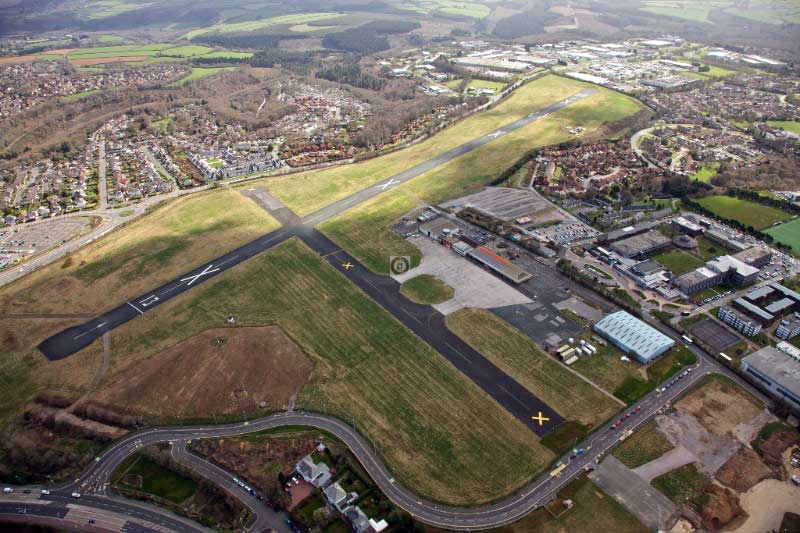 The controversial planning policy that airfields can be considered as brownfield sites and thus ripe for housing development is to be reviewed.

The Secretary of State for Housing, Communities and Local Government, Sajid Javid MP, has pledged to review planning policies relating to airfields, in a letter to Jeremy Wright QC MP, the Attorney General and thus the top legal officer in the country.

Mr Javid says policy should “acknowledge the significant contribution that aviation makes to economic growth”, and that “Local Plans should take account of the role of airfields in meeting business, leisure, training and emergency service needs”.

Officials at the Ministry of Housing, Communities and Local Government are now reviewing existing policy in this area, working closely with the Department for Transport. 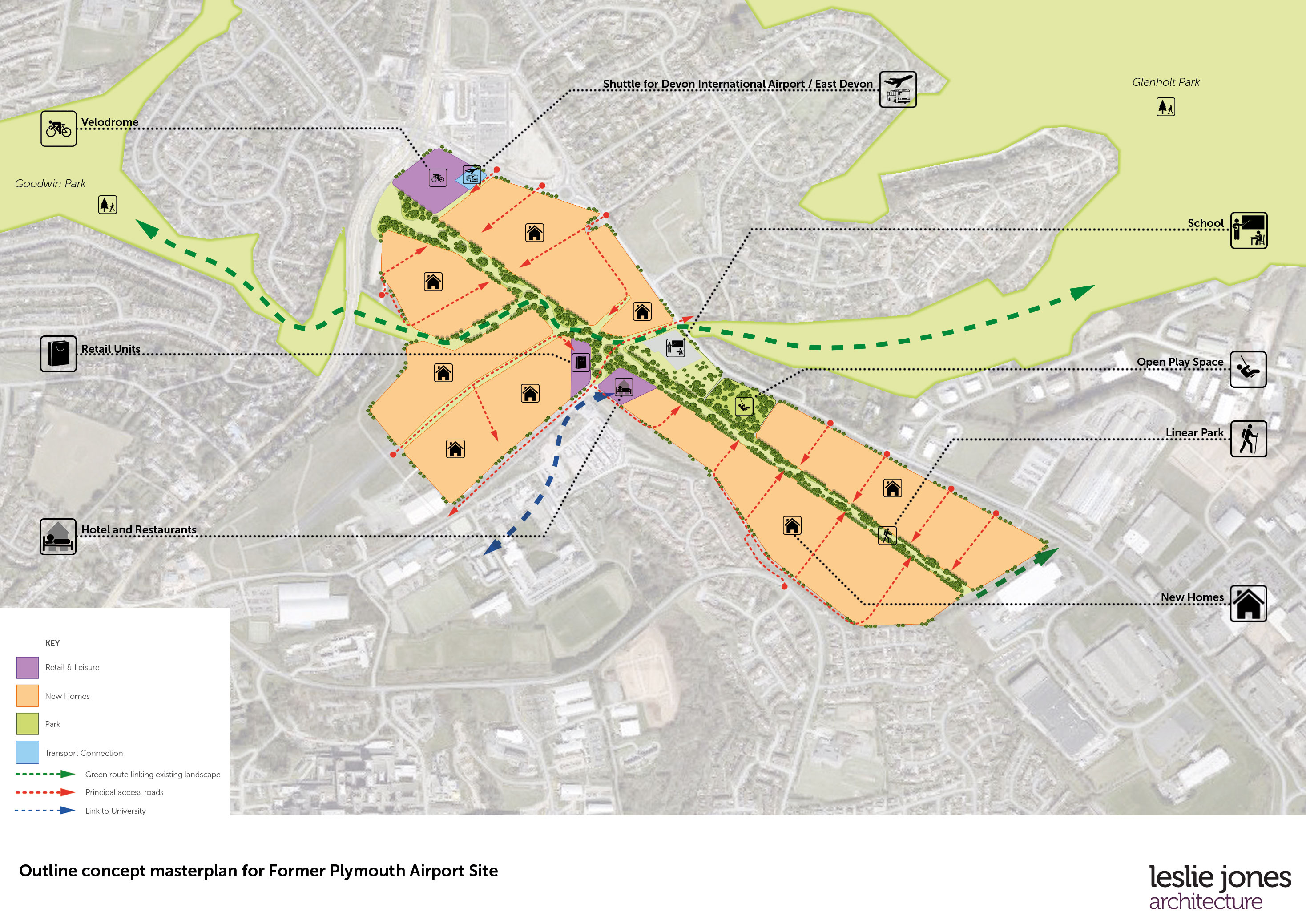 This is what developers want to do on the site of Plymouth Airport – all the orange areas will be houses. Top: Plymouth Airport’s future will be decided by an inquiry this year.

Grant Shapps MP, Chair of the All-Party Parliamentary Group on General Aviation, said, “The all-party group is very pleased to see Mr Javid reaffirm his commitment to review planning policy relating to airfields, to ensure it is meeting the needs of the local community and properly reflecting the significant contribution that General Aviation makes to economic growth.

“I know that the parliamentary members of the group are very keen to see the outcome of this review, and we will work closely with Mr Javid’s department and the Department for Transport to make sure the balance is right for this critical sector and the £60.6bn wider aviation economy.

“However, we would now like to see some timetables attached to the promised review between the two government departments, as the threat to our nation’s airfields and therefore future of our job creating aviation sector remains very much in the balance.”

Airfields currently under threat or confirmed for development include: