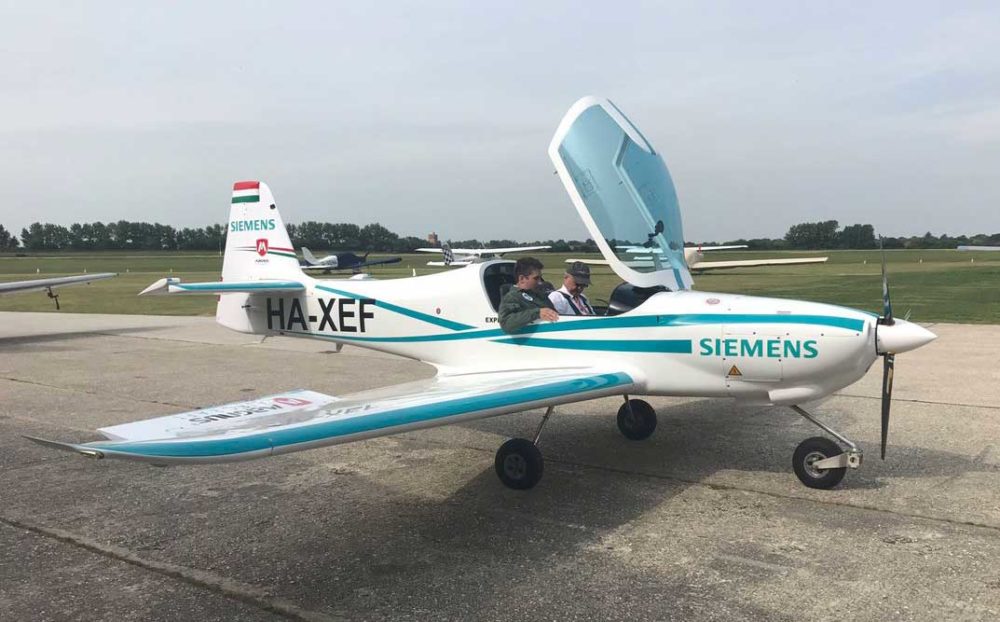 The electric powered eFusion two-seat training aircraft from Hungary’s Magnus Aircraft was on display at the Goodwood Festival of Speed.

The e-Fusion is powered by an electrical system from Siemens, which has also brought along its electric Extra 330LE aerobatic aircraft. Siemens UK chief executive Juergen Maier was so enthused he went for a flight in the eFusion and posted a video on YouTube (below).

The eFusion is a two-seat side-by-side low-wing monoplane with non-retractable tricycle landing gear. The airframe is similar to Magnus’s existing light sport aircraft, with the quick-change battery system and electric motor in place of the engine.

The eFusion’s empty weight of 410kg includes batteries and a ballistic recovery system. Maximum takeoff weight of 600kg so there’s a healthy 190kg for pilot and passenger.

Frank Anton, head of eAircraft at Siemens, said “The eFusion is another important milestone in electric aviation. The aircraft is serving as a flying test bed for our further battery system optimisation.?

Siemens hopes to have a battery and electric motor system for light aircraft ready by 2020, though it hasn’t ruled out a hybrid system with a petrol engine as a ‘range-extender’.