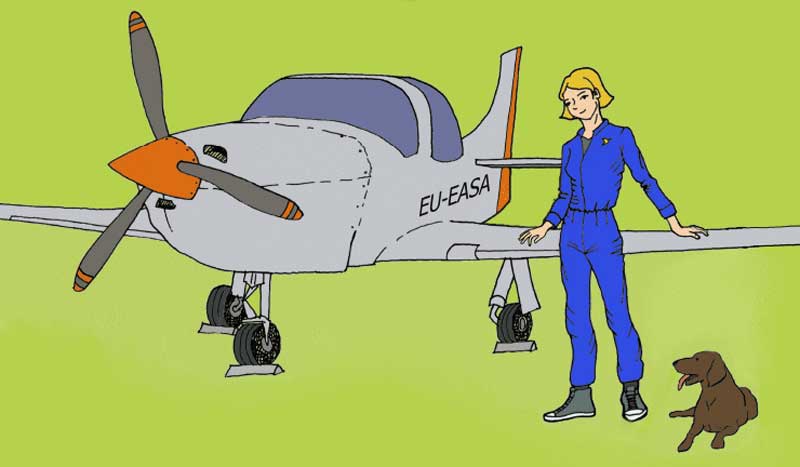 EASA, the European Aviation Safety Agency, has gone into the cartoon business. It has launched Sunny Swift, a female flying instructor, who uses her skills and knowledge as a GA pilot to mitigate risk.

The first episode is below. According to Sunny Swift, about ten aircraft a year crash after running out of fuel so it’s a good idea to install a low fuel warning light.

EASA says it will produce a new episode of Sunny Swift every month, and it will be available in most European languages. 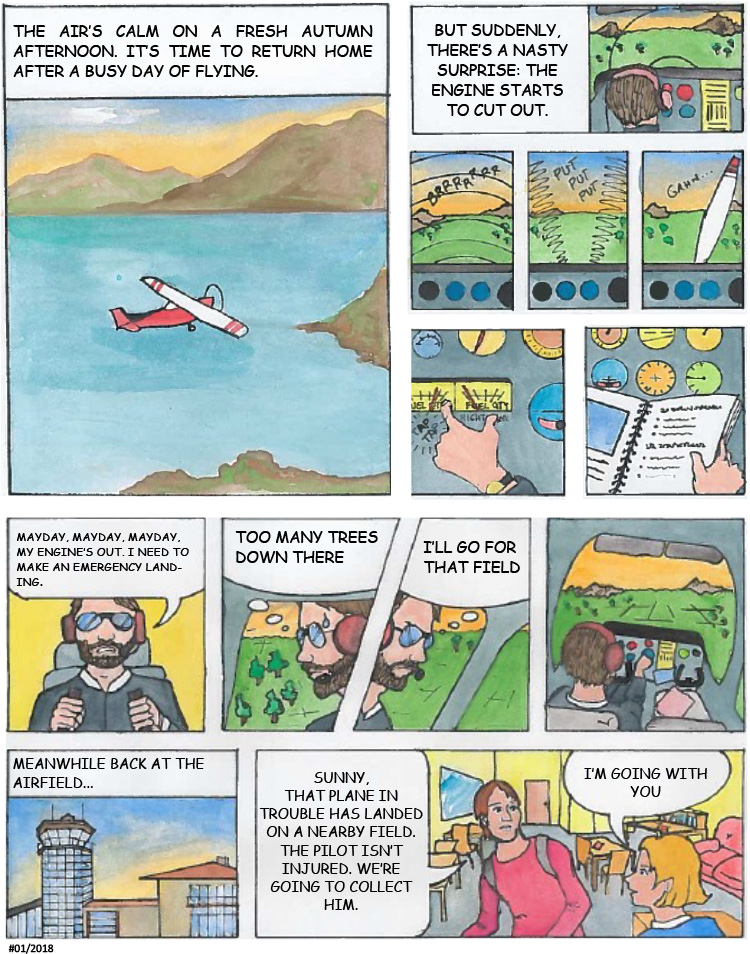 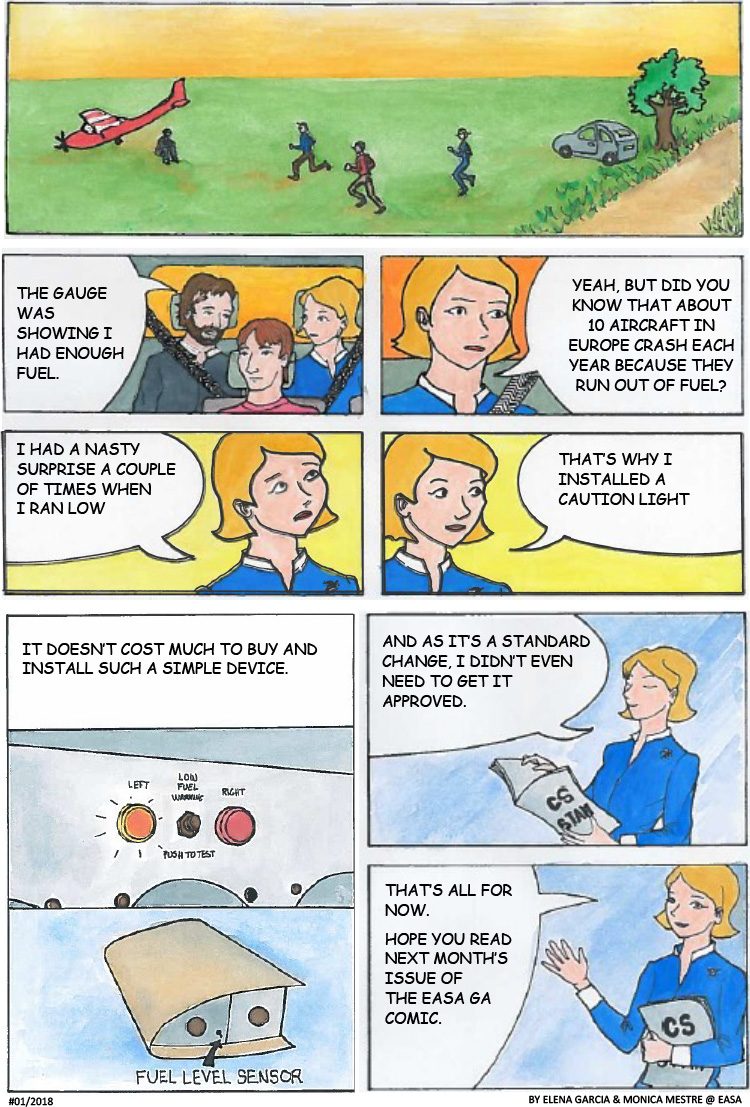