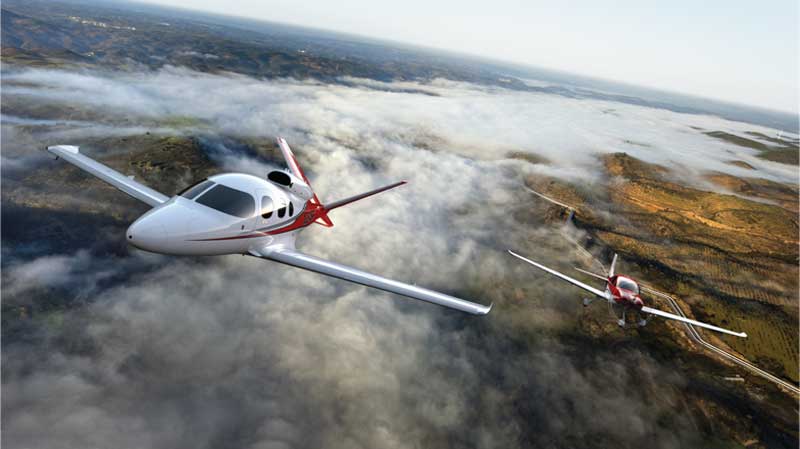 Cirrus Aircraft is one of the few winners in the latest set of figures of General Aviation aircraft shipments, released today by the General Aviation Manufacturers Association (GAMA). Overall, shipments of all GA aircraft fell 3.9%, with piston-engine aircraft down by 4.9%.

“The 2016 year-end results were disappointing overall, although we did see some blue sky in the turboprop sector,” said GAMA president and CEO Pete Bunce.

“As we look toward 2017 and beyond, we are optimistic about the future and encouraged by the number of companies investing in innovative research and development programs and planning to bring new products to market.

“GAMA is actively working to create the regulatory environments that will make it more efficient and effective for manufacturers to offer new products and technologies to their customers, enhancing safety, efficiency, connectivity, and comfort,” Bunce continued.

“We are encouraged by the completion of the Part 23 rule by the U.S. Federal Aviation Administration and look forward to similar actions in Europe, as well as adaptation of these rule-making principles to rotorcraft and transport category airplanes.

“However, to enable and sustain that growth, policymakers and regulators must continue to work with industry to streamline regulatory processes and facilitate the global flow of aviation products.”