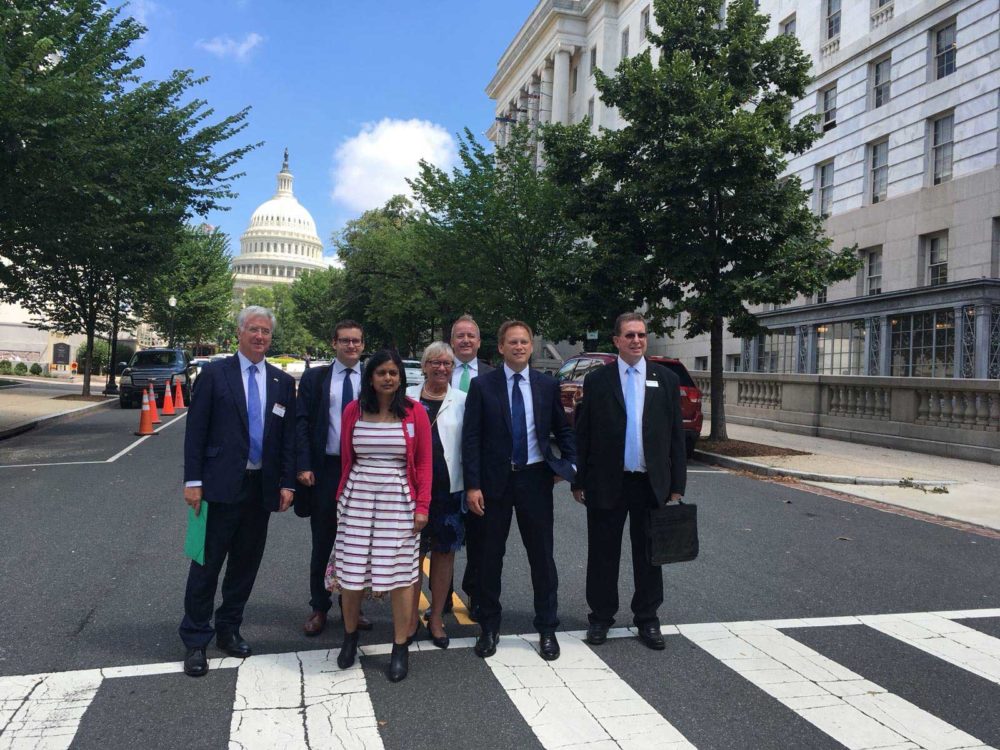 Much more can be done to promote General Aviation and develop high-tech jobs and skills were the conclusions of a party of MPs who went to the US recently on a fact-finding mission.

The trip, organised by the All-Party Parliamentary Group on General Aviation (APPG GA), also visited the EAA AirVenture event to learn more about the US’s thriving grassroots sector and how it compares to the UK.

Meetings were also held with the National Business Aviation Association (NBAA) and the General Aviation Manufacturers Association (GAMA), who organised a tech tour of EAA AirVenture to companies such as Hartzell Propeller, Piper, Textron and BendixKing. 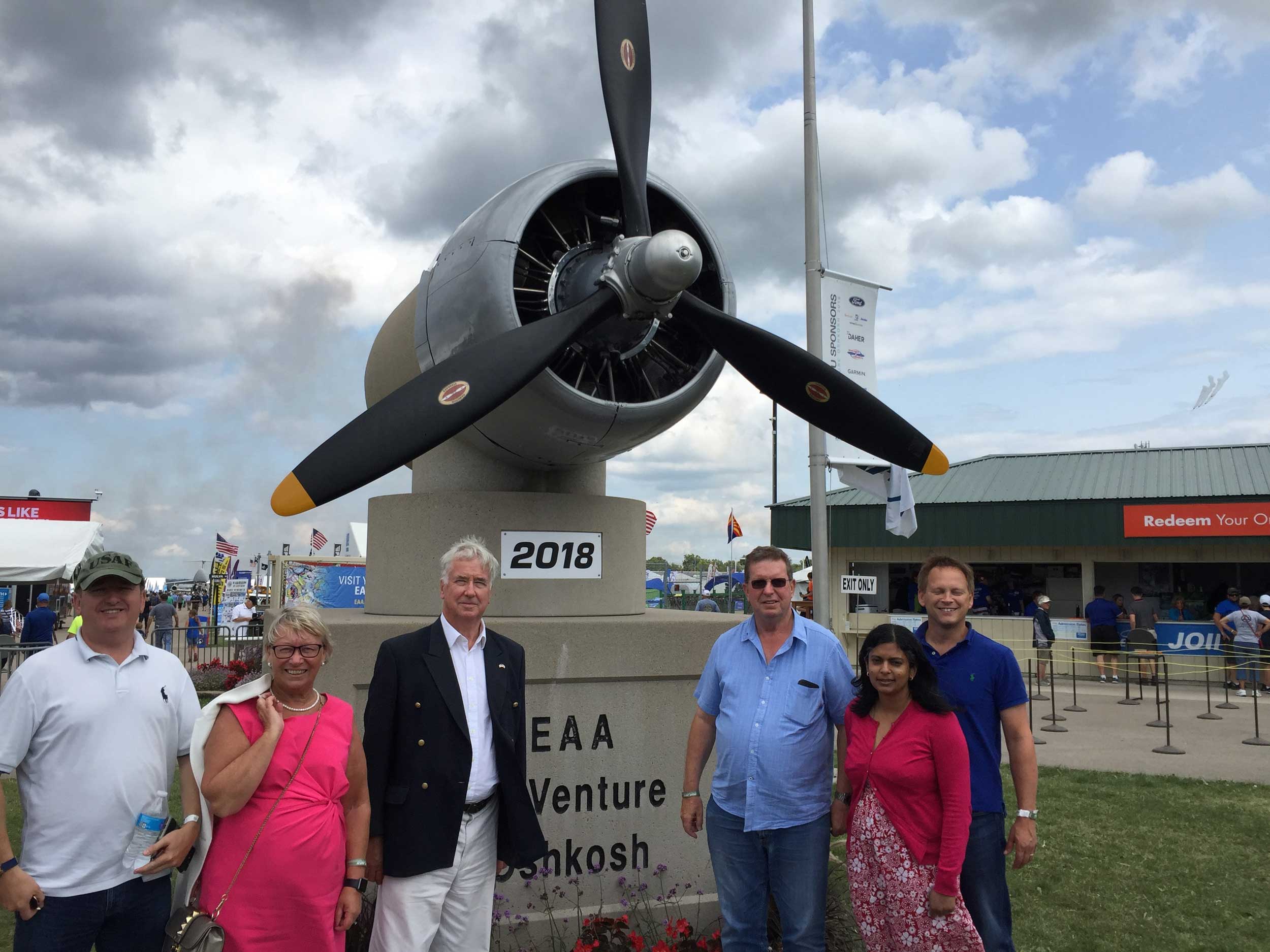 The cross-party group of MPs at Oshkosh, and top, slightly more formal in Washington.

Following the airshow, the parliamentarians headed to Frederick, Maryland to meet with the Aircraft Owners and Pilots Association (AOPA), the world’s largest aviation association, to discuss key ways of engaging more young people in aviation and General Aviation in particular.

Sheryll Murray MP, who was part of the delegation and is a member of the all-party group, said, “Our group of parliamentarians have had a fascinating and incredibly worthwhile series of meetings in the United States, to learn about the overall picture of General Aviation there and identify measures that the UK Government can adopt to grow and enhance this grassroots sector here.

“It’s clear from the high-level meetings we held with the Federal Aviation Administration, the National Business Aviation Association and the Aircraft Owners and Pilots Association amongst others, that there is much more the Department for Transport and the Civil Aviation Authority can be doing to promote the importance of General Aviation, and the high-tech jobs and skills it brings.

“Colleagues from the all-party group will be coming forward with legislative proposals to get more young people, and particularly young women, involved in grassroots aviation jobs – otherwise the UK’s £60bn+ wider aviation sector will struggle to survive.”