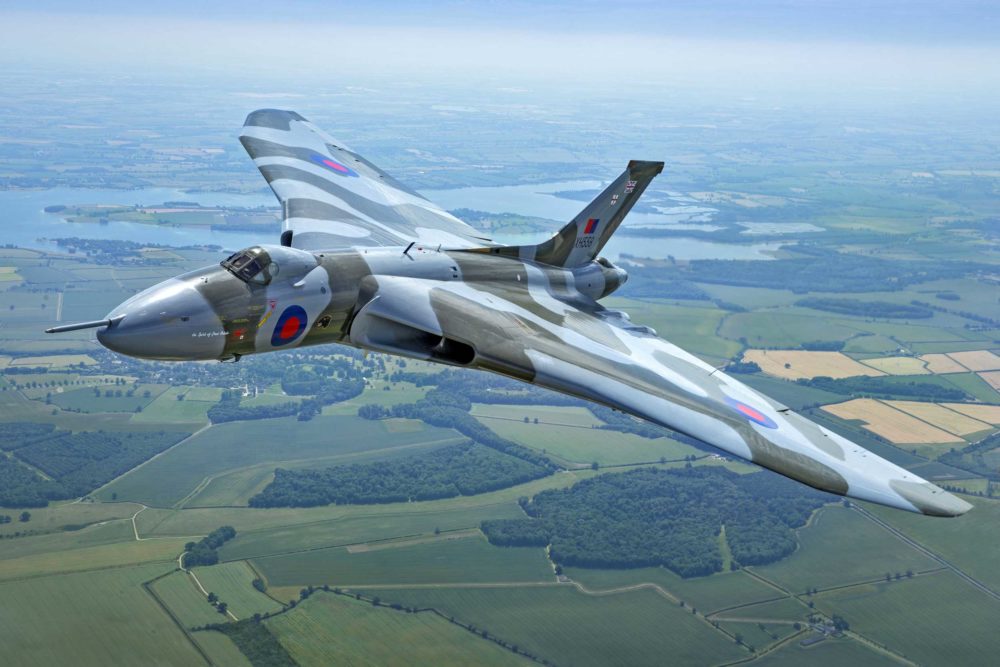 The last flying Vulcan, XH558m, is to go into storage at the end of January, as the lease expires on her period hangar at Doncaster Sheffield Airport. With no hangar, the Trust which looks after the aircraft has no revenue and is being forced to cut costs.

“Over the past six months we have been working with the airport on our plans to progress a superb, purpose-built hangar for XH558,” said Dr Robert Pleming, chief executive of Vulcan to the Sky Trust, the charity that owns and operates Vulcan XH558.

“While both parties are confident of a successful outcome, the short term challenge is that we must vacate Hangar 3 as our lease has expired. This creates a funding challenge because the revenue-earning businesses that are vital for her care must be temporarily suspended. We have had to make some very tough decisions.” 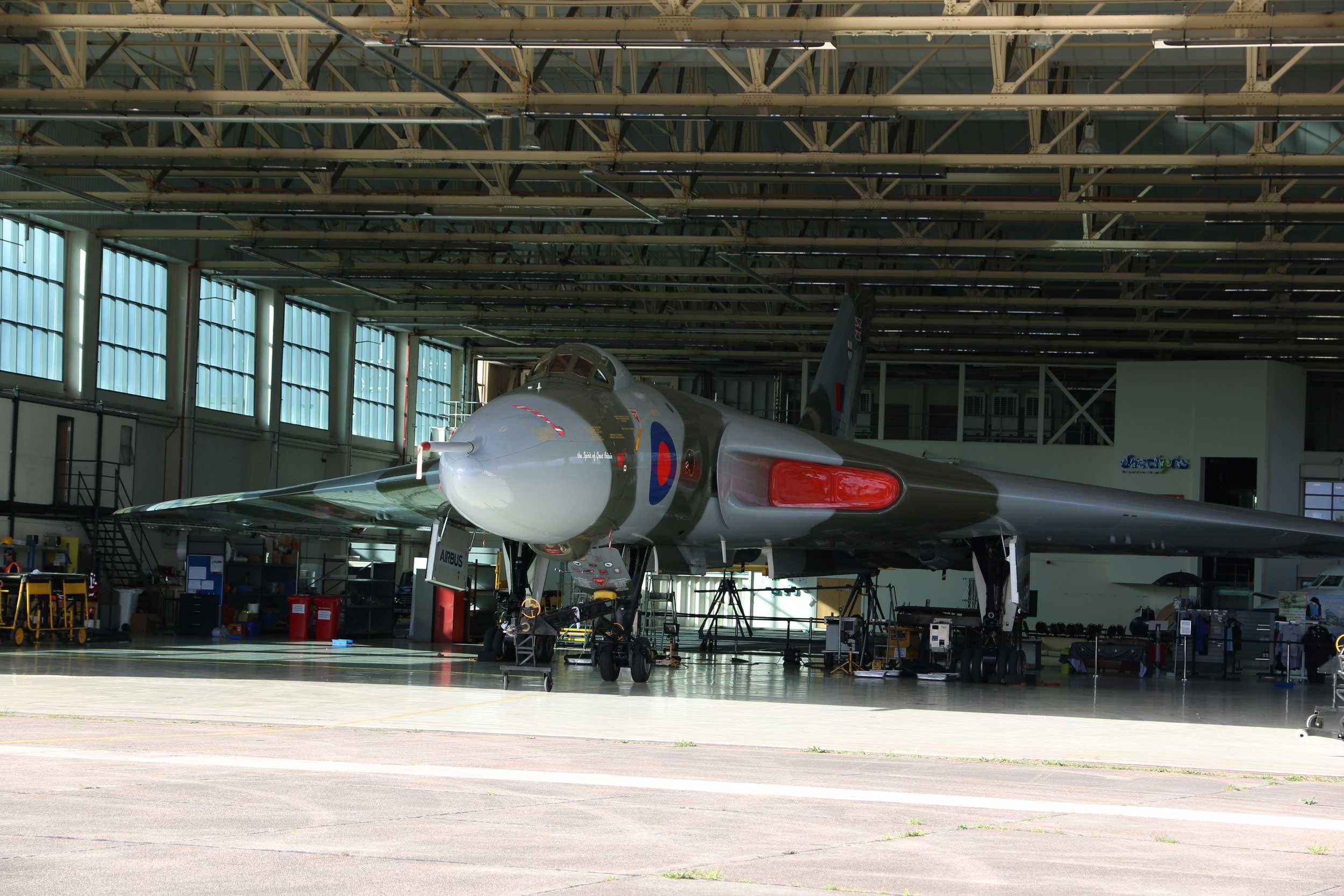 Vulcan XH558 in its hangar at Doncaster Sheffield Airport.

Dr Pleming announced to staff and supporters that the Trust team would be slimmed down from 22 to just eight full-time staff, supported by volunteers and a few part-time staff. Both Dr Pleming and business development director Michael Trotter will be moving to part-time roles.

“I am very sad to lose many highly talented colleagues who have worked incredibly hard to achieve a remarkable eight years of display flying that many thought would be impossible,” said Pleming. “I cannot thank them enough. This is a bitter decision, but one that is necessary to ensure Vulcan XH558 continues to be protected while we rebuild the Trust around our goals for the future.”

Engineering director Andrew Edmondson, one of the world’s leading specialists in vintage jet restoration, maintenance and operation, is being retained to manage rapid progress towards a new beginning for the Trust. Chief engineer Taff Stone will move to a freelance role responsible for the on-going care of Vulcan XH558. 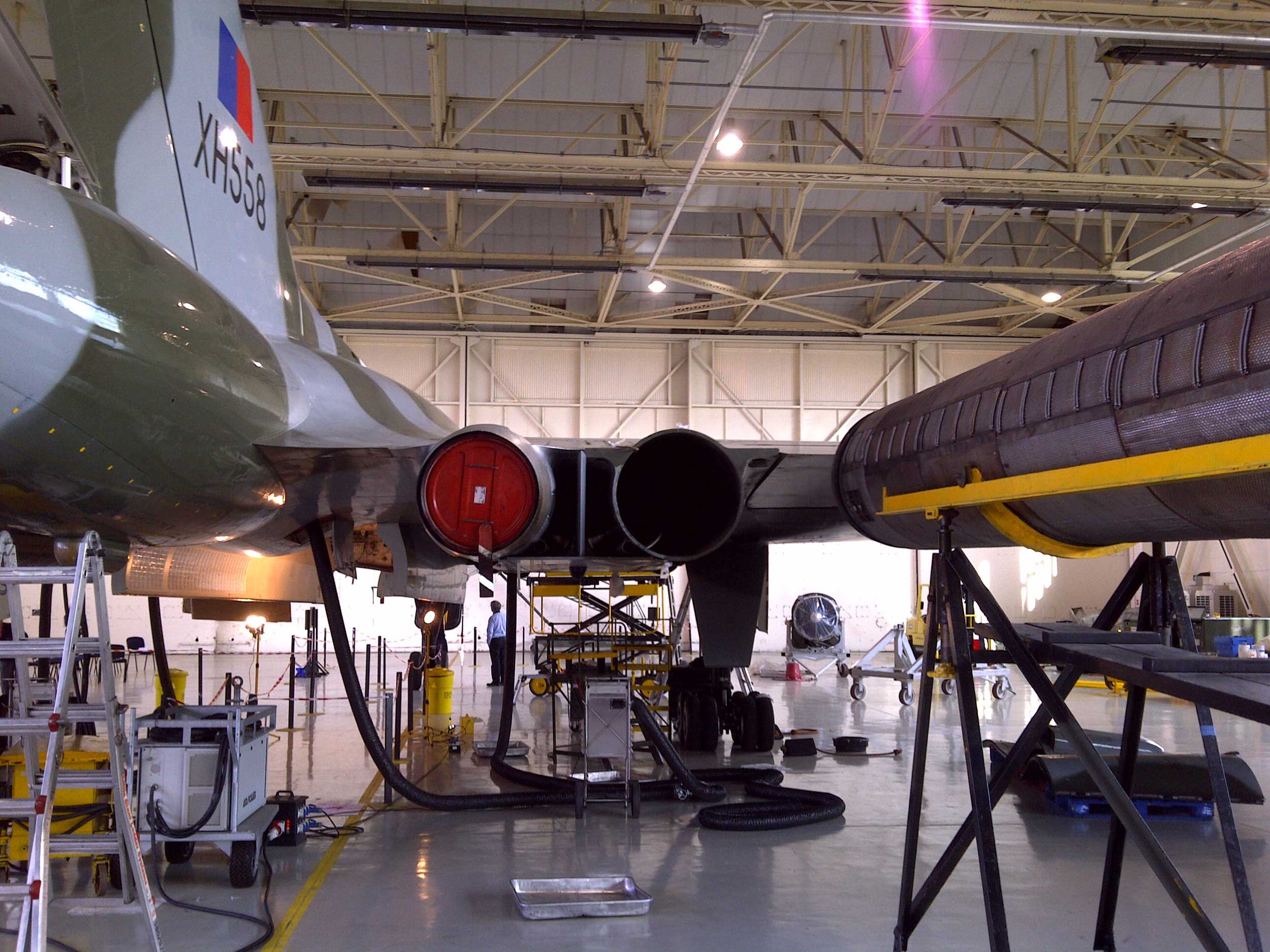 The Vulcan Trust is cutting costs and staff while the aircraft is in storage.

New hangar
The plan is that the Trust’s aircraft and other assets currently in Hangar 3 will move temporarily into a storage facility that the airport is providing free-of-charge until the end of April. During that time, the Trust and Doncaster Sheffield Airport hope to conclude an agreement to build a new hangar at the airport, allowing resumption of tours, events, educational visits and engineering activities by the end of 2017. These businesses will then fund the lease of the hangar.

Centre of expertise
The longer term goal is to establish a centre of excellence for the restoration, maintenance and operation of British jet-age aircraft.

“Post-Shoreham, there are questions over the future of this astonishing era of British aviation, when our engineers really did rule the skies,” said Andrew Edmondson. “Only very high standards of care and operational integrity will keep these aircraft flying.”

The next step, following completion of the new hangar, will be to restart the restoration of the Trust’s unique English Electric Canberra, WK163.

These operations will eventually be at the heart of a new type of education and visitor activity, designed to inspire new generations with the excitement of engineering, innovation and aviation, with its construction funded by national and regional grants and sponsorship. This is known as ETNA – named after the workshop location of Vulcan, the god of fire in Greek mythology.

“By inspiring children early, before they make their subject choices, our ETNA Project will make a significant contribution to solving the UK skills gap that is currently challenging British industry,” said Pleming.

Vulcan To The Sky Trust