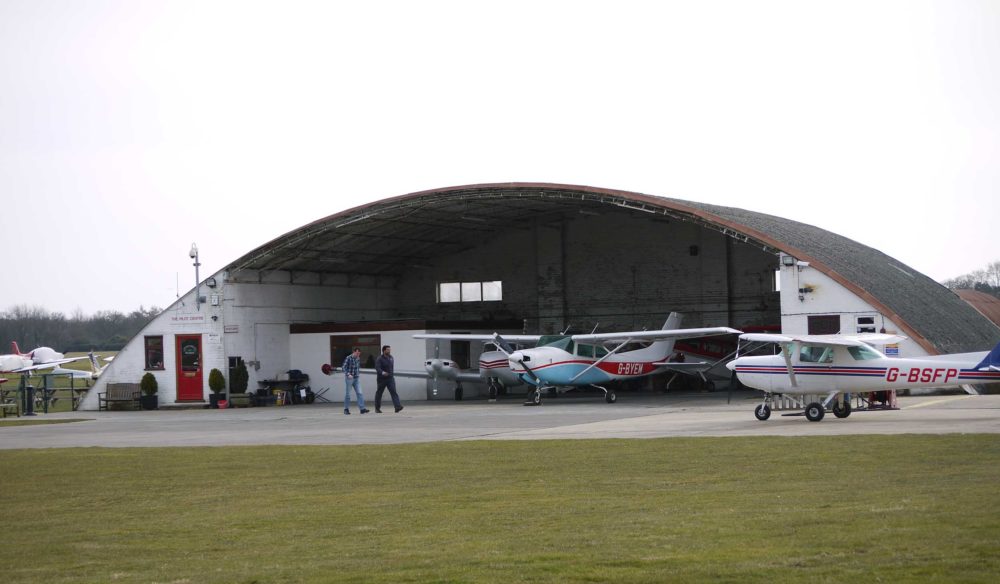 The judges said, “The aerodrome has served the GA community for decades and recently had to defend itself in the High Court against an attempt to stop helicopter training being conducted within the boundary of the aerodrome, and won the appeal.

“This is also an issue at other aerodromes and the case Denham took to its conclusion has set an important legal precedent. This case exemplified Denham’s commitment to providing a site for aviators and aviation businesses and they should be recognised for that outstanding commitment.”

Karen Dee, chief executive of the AOA, said, “The AOA annual awards are a showcase for the best in the aviation and airport sectors. The winners this year show the vibrant and innovative work going on across the country.”

Other airfield news
Bournemouth Airport has changed owners. It is now part of Regional and City Airports (RCA), itself part of the Rigby Group. Chairman Sir Peter Rigby said, “The acquisition of Bournemouth Airport represents an important landmark in our strategy to create a robust and credible group of regional airport assets and services across the UK.”

Carlisle Airport closed on 30 November and is due to re-open in mid-January while the runways are being renovated.

“Runway 01-19 is anticipated to be closed for 6 weeks re-opening mid January 2018,” said a notice sent to businesses on the site one day before the closure. “Runway 07-25 will re-open as 06-24 on the completion of the runway renovation in mid May 2018. Helicopter operations will continue with PPR approval.”

Old Sarum is to appeal against Wiltshire County Council’s failure to determine the airfield’s planning application.

“After years of discussion, site investigations and many studies, our leading team of heritage planners, engineers, architects, environmentalist and sound experts submitted our application to the Council in May 2015. Since that time, we have given the council seven extensions to the normal period to determine the application,” said an airfield spokesperson.

Panshanger Airfield has two campaigns working to re-open the Hertfordshire strip. Project Phoenix is led by the team that used to operate it, before it closed in 2015, and has just raised £10,000 to progress its campaign.

A separate initiative has been launched by local businessman Colin Fitch who wants to acquire the site from current owners, Mariposa, and develop it as a ‘road-less’ garden village with the airfield, flying school and community centre. Fitch has also said he plans to manufacture aircraft on the site as well. At the time of going to press, Fitch was unavailable to discuss further his plans after a family bereavement.

The future of Plymouth’s closed airport will be decided by this summer. It will follow the examination in public of the Plymouth and southwest Devon Local Plan which starts on 30 January. The plan covers all important city developments – including the former airfield – due to be built between now and 2034.

“Blackbushe offers tarmacked runway, manoeuvring areas and apron capable of accepting the heaviest aircraft,” said a spokesperson. “Runway 07 offers a Landing Distance of 1102 m and runway 25 1059 m. Runways are lit and benefit from Wing Bars and 3.1° approach PAPIs installed for both approaches. We provide AFIS as Blackbushe Information on 122.300 MHz. An NDB operating at 328.000 kHz and DME operating at 109 x 116.200 MHz are available.

“We have an online PPR request form that we would really like to encourage our GA friends to use.  We have introduced the system in the hope of making Blackbushe more efficient and user friendly!”